The project can be divided into three pillars.

In the first pillar, we mapped the GE environment in Slovakia, the status quo of GE at all levels of the educational system, and the main obstacles of GE integration into formal education, and we identified opportunities for its successful integration.

The second pillar consists of networking activities to share the experiences and know-how of NGOs, universities, and primary and secondary school teachers. This networking took the form of face-to-face networking events, online, conferences, or online platforms (www.globalnevzdelavanie.sk).

The third pillar focused on building new capacities and skills for students/future teachers, as well as academics and primary and secondary school teachers (trainings, workshops, and seminars) to support existing GE subjects and programs at universities or creating new ones. In this way, the institutionalization of GE in higher education was supported and the cooperation of GE actors in Slovakia was increased.

Ľuba has been working for PDCS as a project manager since January 2018. She graduated from the Faculty of Law of Comenius University in Bratislava and after two years of practice decided to focus on the social field. She worked as a project manager in the non-profit organization Depaul Slovensko, which provides social services for homeless people. She worked as a volunteer for five months in Georgia, where she focused on empowering women in society and supporting small businesses in the IDP community from the conflicts in Abkhazia and South Ossetia. As a junior trainer in PDCS, she has been involved in simulations aimed at negotiating in a post-conflict context (Georgia).

joined PDCS team in October 2011 and she is working as a programme coordinator and consultant. Currently, she is focusing on global education and its implementation at Slovak universities and secondary schools.

She is also interesting in other areas in which she tries to discover more by study and by practice, e.g.: conflict resolution, international conflicts and negotiations (co-author of simulations: Liberia, Cyprus, Tunisia, Rising of Extremism on Public Space), using of culture and story-telling to reduce prejudices (activities within Africa Day: theatre performance „Bistro Afrika“, living libraries, ...), community building, social business and slow fashion.

She has working experience also from private and public sector. 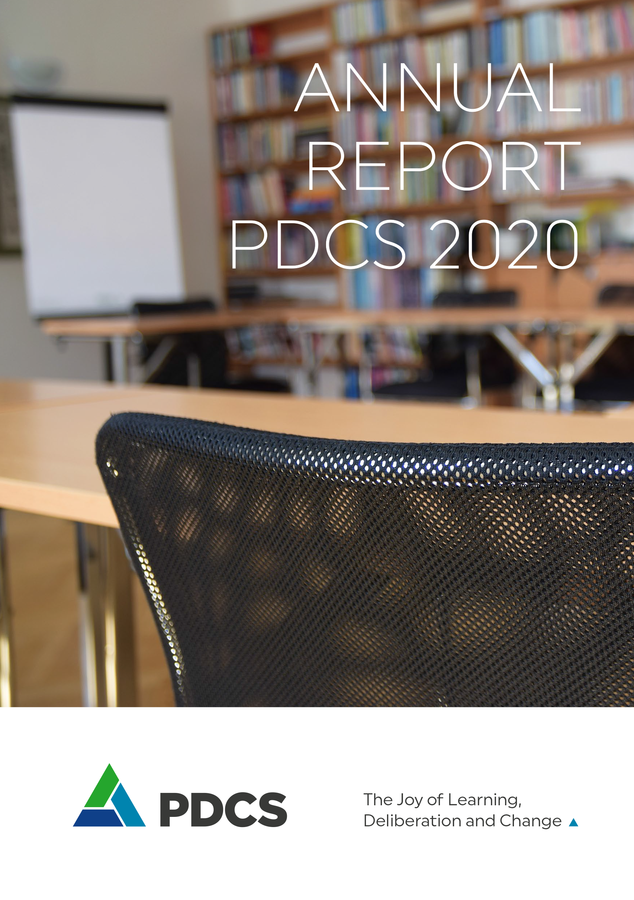 Look back with us over the past year, which has been unconventional in many ways and has prepared many challenges for all of us. Despite the difficult situation, we continued our activities, trainings and projects, and the results of our work is summarized in 2020 annual report.